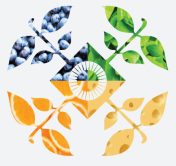 lease of FPAC’s last policy platform in 2014, A Philadelphia Food Policy Roadmap, the City has made great progress: Mayor Kenney established the Zero Waste and Litter Cabinet to help the City reach zero waste by 2035, City Council passed legislation promoting equitable water access in schools, and the Administration pledged to uphold healthy nutrition standards by passing a sugar-sweetened beverage tax. These policies demonstrate that Philadelphia is a leader in food policy and is moving towards a stronger, healthier, and more just food system.

Click on the photo above to check it out!

FPAC hosted special guest Mayor Kenney at the May 2017 Executive Session for a briefing on how changes at the federal and state levels may affect food in Philadelphia. Check out the report that FPAC members developed for the Mayor, outlining critical food programs that fight hunger, support our local economy, and serve our most vulnerable residents